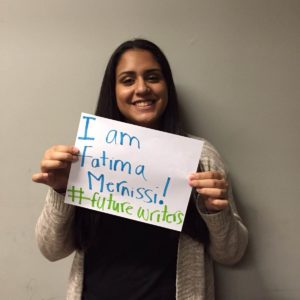 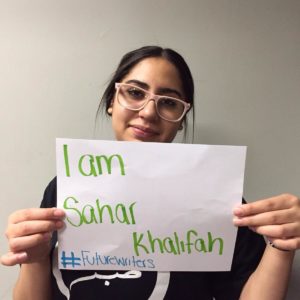 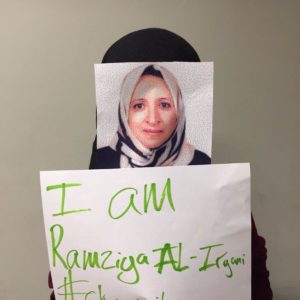 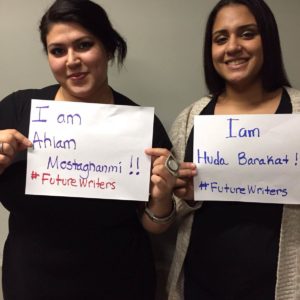 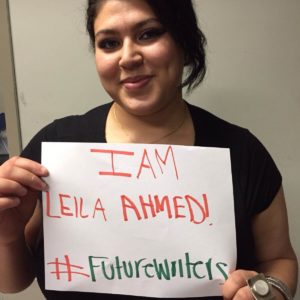 The Girls Club at AAFSC undertook a month long project that explored the lives and work of Arab females in the literary field. The girls focused on 6 Arab female writers that have had an impact on the literary history of the Arab world and have shaped the way Arab women are represented in literature and in their societies, and on the way historical fiction is written from the lens of a female.

Esraa Saleh, the coordinator of Girls Club started this project because she felt that it was important to expose these girls to females who have been where they are and who could serve as potential inspiration. Saleh asserts that, “ it is important for the girls to know that there are people who have been where they are, specifically Arab Women, who have been given a chance – these women are just like them and just because they haven’t heard of them, does not mean they did not create and imagine, it is just that the system did not work in their favor, there are have been certain platforms that they have been excluded from, but they were here and they created.” Saleh admits that the girls were not very enthusiastic about the project at the outset, and had even wondered why they were going to study these women. She felt like she was struggling to keep them interested, but felt that she was doing them a favor, and told them “I really think that you have the capacity to be equally as great or even greater than these women” which surprised many of the girls. Some even had no idea that these women existed, or that there was such as thing as an “Arab female writer”. Saleh claims that the girls’ lack of familiarity with these women was not surprising but says, “what was more heartbreaking is that they could not even imagine that there were women of their background that were successful in the field of literature. Losing the capacity to imagine what success looks like within the Arab female community is unfortunate. But the time is now for them to know that there is no difference between these women and themselves.”

These female Arab writers are of distinct national backgrounds, and in addition to their Arab identity, explore their localized national identities in a way that is relatable to the diverse experiences of the girls in Girls club – “this diversity mirrors the diverse dynamics that we have in the Girls Club” – Saleh says. These writers write and have written a great degree of historical fiction which encapsulates their own experiences within the greater context of their respective societies in the midst of war, occupation, and political and civil unrest. Huda Barakat, for example, talks about the Lebanese Civil War, while Sahar Khalifeh speaks of the Palestinian occupation, and Ahlam Mostaghanmi of the french occupation and the Algerian war of independence. Saleh says, “These women have the capability to combine themes such as colonization, war, gender relations, love, relationships – almost creating an entirely different literary field – combining the emotional and the political, which is exclusive to this sub-genre – and the best part is that these women have been successful in communicating their narratives in a way that is compelling, accessible, and relatable.”

The ultimate goal was give these girls access to the knowledge that these women exist and have produced works capable of attention, and Saleh adds, “I don’t want them to be in a situation where they say that nobody taught them and that they did not know, whether or not they pursue the literary field or even like to read – at least they have been exposed to the idea that there are female Arab writers, and can trigger the idea that maybe there are female Arab painters, singers, rappers, DJs, dancers, activists, etc.” Esraa knew that this project was successful when the girls asked to borrow the works of some of these women to read for themselves. Leen, 17, says that she “aspires to be like Sahar Khalifeh because she would also like to open up a women’s center in Palestine just like Khalifeh has done in Nablus, and write literature like her” and Nirmeen, 15, says, “I like Fatima Mernissi because she has done the unexpected and has proved that there is female leadership”. It was through these reactions that Saleh realized that despite their initial lack of enthusiasm, this project had indeed achieved its desired goal. Living in a cultural community that sometimes leaves female voices in the shadow, this lesson was an important one for the girls to learn – that these women existed and continue to exist despite the odds being against them, and that they need to be able to imagine that they themselves have the ability to create a legacy that is as great or even greater than these women if they aspire to.