“I know now that I want to dedicate my life to serving others:” Reflections from our Development & Communications Intern, Amanda 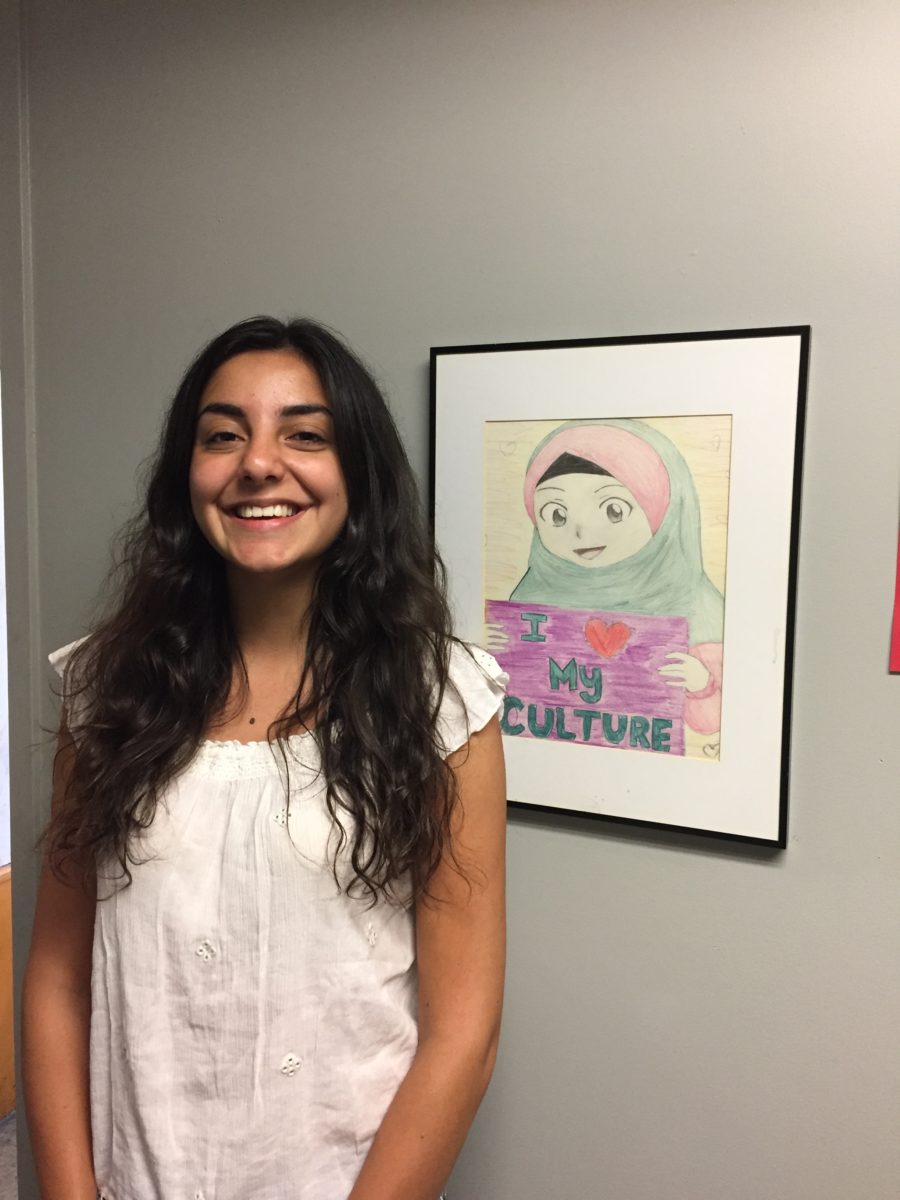 This summer, AAFSC hosted Amanda Haydar as our Development and Communications Intern. Amanda is a rising senior at Lebanese American University in Byblos, Lebanon, majoring in Psychology and minoring in Political Science. After graduation, she plans to pursue a career as a clinical psychologist, and she wants to specialize in working with women from Arabic-speaking countries.

Here is her reflection about her time at AAFSC:

Before my internship experience at the Arab-American Family Support Center, I had little knowledge of how non-profits actually worked. I was aware of the direct work done by organizations of this type, but was nearly oblivious to what went on behind the scenes. Working in Communications and Development gave me an in-depth understanding of the nuts and bolts of it all.  I learned how to go about writing grants, researching relevant social issues and fundraising opportunities, and running social media- the whole deal.  Being trusted with the responsibility of contributing to several projects whose functions directly affected the organization was the best learning experience I’ve had in my life so far. If I were to sum up my time at AAFSC in a single word, that word would be eye-opening. My newly heightened understanding of “the real world” has subdued my fear of “putting myself out there” and I know now that with the right exposure, decisions, and actions, an individual can achieve any set goal.

Another factor that made my AAFSC experience all the more enriching was the direct and indirect interactions I had with both my colleagues and the clients of the center. Take one step into the crowded office in downtown Brooklyn and the energy will tell you that this is a place where great things happen. It is impossible not to smile and I do not exaggerate when I say this. Many times, I would find myself smiling at my computer for no apparent reason and I couldn’t seem to pinpoint why.  Being in a space where positive action was constantly being taken to improve the lives of others inspired me ineffably and imbued me with the most beautiful kind of optimism that I hope to always keep with me.

One particular program that especially moved me in the deepest sense of the saying was an all-women’s language and literacy class taught in the center’s tiny-but-private kitchen that consisted of Yemeni refugees who were learning how to read and write for the first time in their lives. The class, taught by Susan–a dedicated and compassionate long time volunteer at the center–brings the once-isolated women together and focuses on both empowering and educating them. For many, coming to the center is the only time they leave their homes.

Curiosity led me to join the class myself one morning. After participating in a stretching routine that marked the beginning of the class, I watched the guards of these women drop and their coyness and caution become uninhibited laughter. Stretching awkwardly in a tiny kitchen has surely never failed to break the ice. Afterwards, we had a good heart-to-heart conversation.  We discussed the impact the war had on their lives, perceptions of and adaptations to the United States, and their struggles and hopes. All of the women were more than grateful for having been put in contact with the center. All of the women were terribly homesick and afraid. All of the women agreed that the hardest thing about living in America was the language barrier. Many of them had no faith in their ability to learn English and had declared themselves too old or mentally incapable, but were thrilled that their children were catching on so fast. They felt blessed that they were safe now, and described to me their individual journeys to the country – and the hardships they faced along the way. Many of the women felt immense guilt at being safe while their family and friends back home were not. When I asked them if they had experienced discrimination or felt unwelcome at any point, one woman, sounding defeated and ashamed, opened up about how she was bothered by the stares and looks of “disgust” that were the result of her wearing the niqab (a veil covering everything except the eyes). When I asked her what she wanted the people who “stared in disgust” to know, she said that she wished they understood that “dressing that way was the norm in her country”, that “it was their culture and made them feel comfortable”. Before leaving the kitchen that morning I shared an embrace with each of those women. We wished each other the best of luck and I left feeling more humbled than I have felt in years.

The transformations facilitated through AAFSC are palpable, and I can’t help but feel proud to have contributed, albeit subtly, to something so impactful. What I have learned through this internship has permanently elaborated my scope of understanding and can be best expressed by the old saying “the mind once stretched by a new idea, never returns to its original dimensions”.  I know now that I want to dedicate my life to serving others in a way that I, as a unique individual with both strengths and weaknesses, am capable of doing; to selflessly give to the world what I can while I can. Thank you AAFSC, for reinforcing my faith in the power of positivity, and for refreshing my unceasing drive to take action.

Many thanks to Amanda from AAFSC for all of her hard work this summer!