NorthJersey.com – For Refugees, Escape to U.S. Comes with a Cost 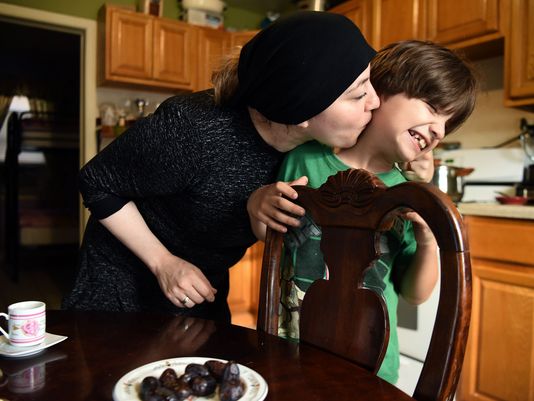 Syrian refugees find escape to U.S. comes with a cost

As Syrian refugees, the Al Samakeh family had left everything behind, spent every cent they had. They didn’t know English and didn’t know anyone in the United States. And yet their new life would be even more difficult than they imagined, because the flight that brought them to safety and freedom also put them thousands of dollars in debt.

Like all refugees, the Al Samakeh family must repay the United States for their airfare within four years of arrival. They owe nearly $5,000 for their flights — an unpaid debt that Al Samakeh, 54, said haunts him all the time.

The Arab-American family Support Center has a campaign to raise money to pay off the travel debts of refugees, mainly in New Jersey and New York. The nonprofit aims to raise $25,000 by the end of the year to qualify for a two to one matching grant.