The Arab-American Family Support Center’s President and CEO, Rawaa Nancy Albilal, joined First Lady McCray in announcing the opening of the Mayor’s Office to End Domestic and Gender-Based Violence. We are thrilled to partner on this incredibly important initiative and look forward to working with the Mayor’s Office to support all those affected by violence. 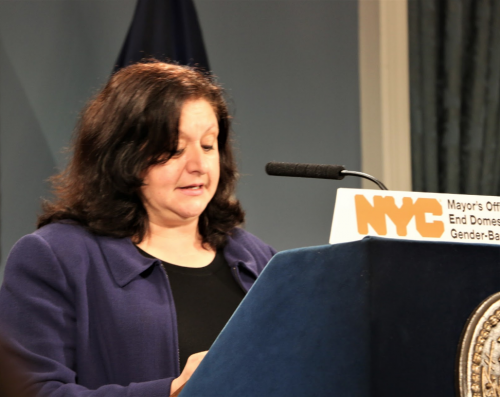 “Gender-based violence is a global crisis. Women and girls are disproportionately impacted. It is a crisis that transcends geographic boundaries, transcends any one culture, or ethnic group, or any one community,” said Nancy Abilal, CEO of the Arab American Family Support Center. “However, today marks a turning point, we are coming together as one—one people, one city, and acting in unison—to say enough is enough! The City of New York is leading the way in this global movement of resistance. It is no surprise—New York City is a global city. The Arab-American Family Support Center is honored to partner with the Mayor’s Office in ending domestic and gender-based violence.”