A Call to Action: Voting Rights for Immigrant Communities in NYC 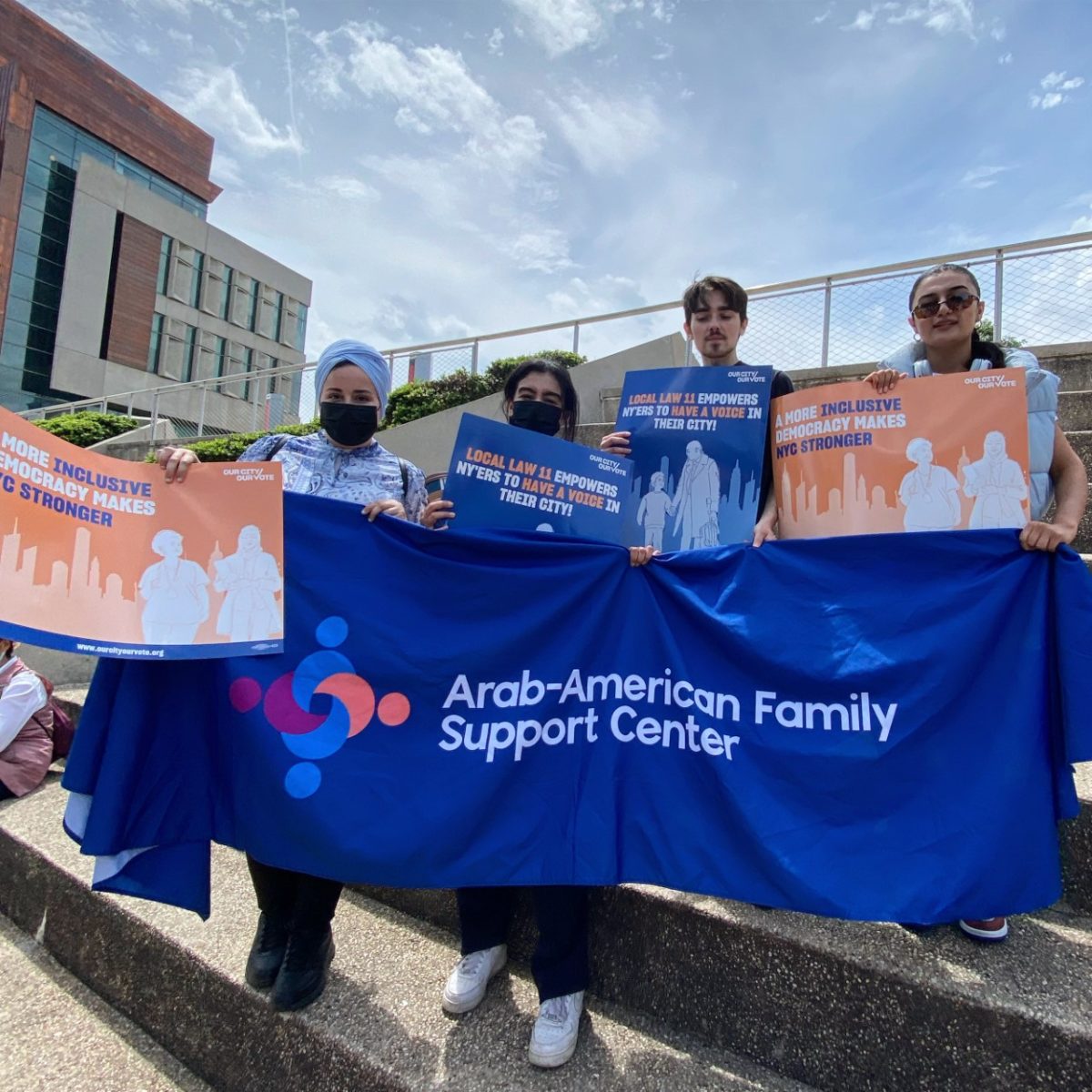 On Tuesday, June 7th, there was an Our City, Our Vote (OCOV) lawsuit hearing at the Richmond County Supreme Court in Staten Island.  Along with our partners, United Neighborhood Houses (UNH) and the New York Immigration Coalition (NYIC), the Arab-American Family Support Center gathered a group of advocates outside the courthouse to show support for immigrant communities and defend the law. Representatives from these organizations and lawyers on the case spoke about the importance of OCOV, the campaign pushing to support legislation such as Intro 1867, which “expands voting rights so legal permanent residents and those with work authorizations can vote in municipal elections for New York City offices, including the City Council, Mayor, Public Advocate, and Comptroller, as well as ballot initiatives.”  Activists made their presence known at the rally, as well as inside the courthouse.  I was one of them.

Almost two weeks later, the NYS Supreme Court has ruled that Local Law 11 is unenforceable (Our City, Our Vote). The decision and the court’s additional deprivation of civil rights for immigrant populations in New York City upset me. Even though we live in a democracy, about one million New Yorkers are unable to cast ballots in local elections. These people are citizens of this city who live, work, attend school, have families, and pay taxes here. They are entitled to have a say in how our city is run. I am one of these people. It has been four years since I moved to the U.S. As an immigrant woman from a developing country, I find myself thriving in this city along with many other legal immigrants and visa holders. However, it bothers me that without a political leadership that would represent us, the legal immigrants and visa holders, our rights in the states can be easily jeopardized.  If this bill became law (OCOV, 2022), approximately 900,000 people who reside in New York would become eligible to vote. If NYC allowed its legal residents and visa holders to elect their government officials, the impact would be stark. It is crucial to concentrate on upholding this legislation because New York City has a duty to promote increased community engagement and mobilization in favor of sensible public policies that support and improve our neighborhoods. More New Yorkers will get the chance to voice their opinions on issues that concern them by expanding their ability to vote in municipal elections. No federal or state law expressly forbids NYC from extending the right to vote in local elections, hence, this act is legitimate.

According to OCOV, in NYC, voting in school board elections was open to non-citizens for more than 40 years, until school boards were abolished in 2003. Non-citizen voting was widespread across the country over the first 150 years of American history. Immigrant voting rights were commonplace until the turn of the 20th century, when significant influx of newcomers and a rise in nativist feelings triggered a gradual removal of noncitizen voting rights. These privileges have been reinstated in other towns and cities across the nation, including 10 towns in Maryland and in San Francisco for school board elections. Additionally, resolutions supporting the right of immigrants to vote have been approved by five Massachusetts communities. More than 45 nations throughout the world allow immigrants to vote.

No matter how much effort it takes to pass this legislation, AAFSC is standing up and speaking for the immigrant population of NYC and continues to fight for increased civic engagement alongside other organizations that care for the same cause. We need our New Yorkers to come out and support us in these rallies, protests, and by sharing awareness about this legislation, because if you are a New Yorker, you can make a difference.