Domestic Violence Awareness is an All-Year Initiative at AAFSC

October is Domestic Violence Awareness Month, and today is NYC Go Purple Day – a citywide day of awareness and action against domestic violence. Victims of domestic abuse and violence in the immigrant and refugee communities face unique challenges in reporting domestic abuse and seeking help – culturally and linguistically competent, trauma-informed organizations like AAFSC strive to provide outreach and assistance to vulnerable women and families and end all forms of gender based violence. 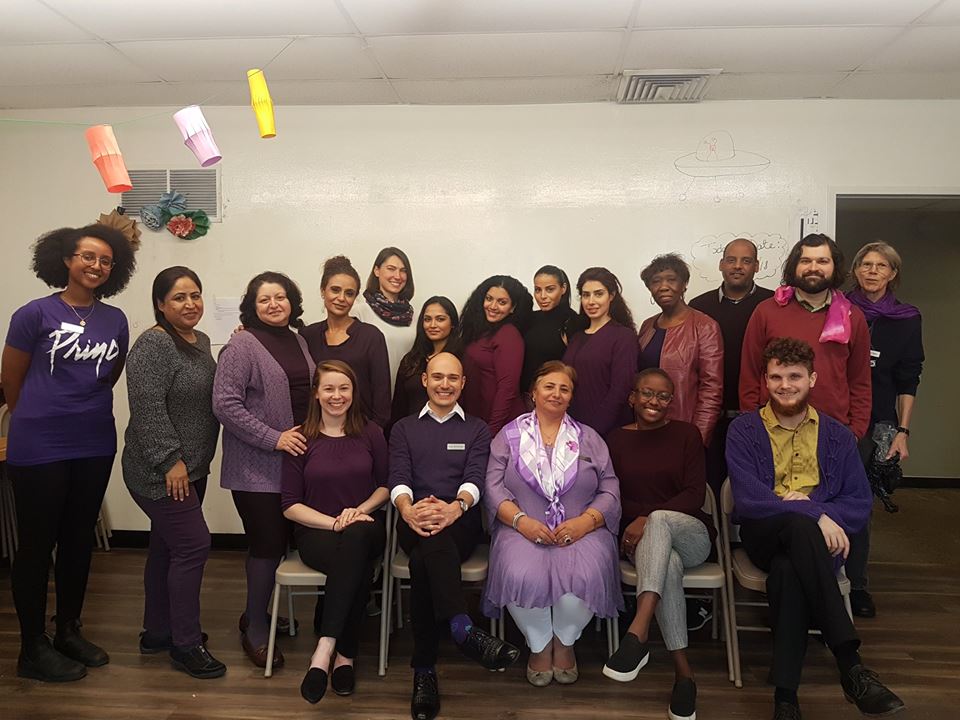 31% of women in the U.S. are physically or sexually abused by a partner each year. The number is probably larger – domestic abuse is under-reported for fear of reprisal by abusers, and research into violence in immigrant and refugee communities is patchy – VAWNET reports that studies often exclude groups who speak languages not spoken by researchers, and the Arab, African, Caribbean and European communities are rarely studied in the context of domestic abuse.

According to VAWNET, abusive partners may refuse to file paperwork for citizenship, prevent their partners to apply for permanent residency, or threaten them with deportation. Immigrant women who are married to U.S. citizens are more vulnerable to abuse and manipulation than those married to non-citizens. While the Violence Against Women Act does allow women to self-petition for citizenship, rather than having a citizen petition for them, many women are confused about the system and what would be required of them – “studies have found that many immigrant women survivors were not aware of how legal systems work, legal protections available to them, or the necessity to gather evidence of abuse.”

AAFSC’s culturally and linguistically competent Anti-Violence program provides comprehensive services to victims of domestic violence and abuse. Most of our staff are members of the communities we serve, and speak 16 languages and over 30 dialects among them – meaning they have an intrinsic understanding of social stigmas and barriers associated with seeking help, and that clients are able to communicate comfortably and effectively. 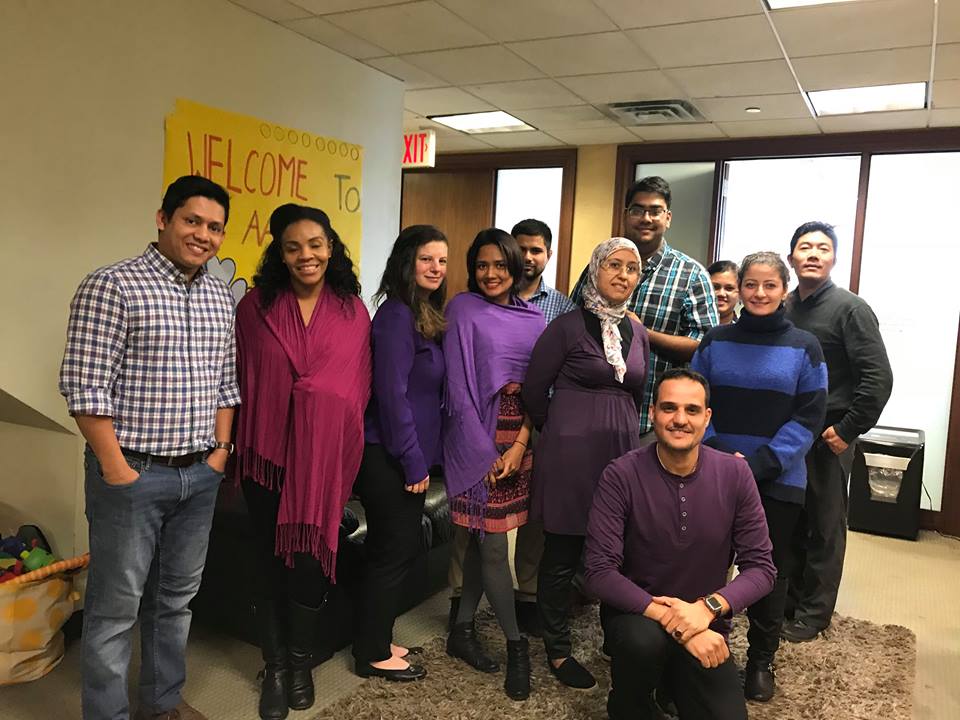 Our program is present in Family Justice Centers in all five boroughs, working with clients in times of crisis, providing counseling and translation services, support groups, and outside referrals for those who need them. We have also developed a Healthy Relationships Curriculum that is used in our youth programs – preparing young women and men to have meaningful, supportive, equitable relationships.

Our staff members are well versed in the immigration and legal systems, which is also vitally important – the Tahirih Justice Center reported that in 2017, clients feared calling the police or reporting abuse for their own safety – believing that they may be deported.  In early 2018, Brooklyn, Bronx, and Manhattan District Attorneys called on ICE to stop courthouse arrests after more than 150 people were arrested in and around New York courthouses – which caused a ‘chilling effect’, stopping immigrant New Yorkers from attending hearings and meetings – including those related to civil and family court, like domestic violence proceedings. Our staff provide court accompaniments for those fearful of attending alone, and our in-house legal program can provide additional guidance for DV victims navigating the legal system.

“Changing attitudes, and changing behaviors to protect those that are most vulnerable among us.”

Our CEO, Rawaa Nancy Albilal, recently spoke at the launch of the Mayor’s Office to End Gender-Based Violence, summing up AAFSC’s position on domestic and gender-based violence: “New York City is a global city. Our city is diverse. We are made better by the various cultures, traditions, and languages that we see and hear every day. Just as we are not all the same, the services for victims of violence cannot be the same…We are raising awareness about the devastating impact of gender-based violence. Changing attitudes, and changing behaviors to protect those that are most vulnerable among us.” Thank you for your commitment to ending gender based violence once and for all!